For most of my life, I have been searching for evidence of my heritage. I am a Coast Salish Native on my father’s side, from the Swinomish and Lummi Nation. After my father’s passing when I was young, there was not only the paternal loss, but also some of my connection to the old ways. As it is with oral tradition, and many of the physical remains of my culture, they degrade when not cared for.

Coast Salish territory encompasses the Georgia Basin and the Puget Sound, or what is known as the Salish Sea, form the inlands on into Canada. Often in reference Northwest Native Art, people generally to images of Tlingit and Haida work. Living in Seattle, I am surrounded by this art form the north. This work is incredibly stunning, but as a Salish Sea native, I knew it was not my heritage.

My Great Grandfather, Joe (Kwul Kwut) Hillaire, was a Totem pole carver. He is a great inspiration to me. His work was widespread, from the 1962 World’s Fair in Seattle to Kobe, Japan. His legacy was relatively unknown until recently with the release of Pauline (Skalla) Hillaire’s book: A Totem Pole History: The Work of Lummi Carver Joe Hillaire. Joe’s Totems were unique, and even though they were created in the relatively modern time, his work has mostly wilted back into the earth.

Another Mentor of great note is the venerable Auntie of the Lummi people, Aunt Fran (Che top ie) James. When I went to Aunt Fran’s house, it was so comfortable. I think this was because of all the projects spread about the house, from her loom for mountain goat wool blankets to incredible Cedar baskets. Her hands were always moving, from this thing to that, she was a true artist and cultural purveyor. She said, “It is our way, we make things”. She gave me many little things, but her presence was the true gift. She was largely influential in helping me find my path in glass. Her son Bill (Tsiliwx) James, the hereditary chief, carries on her vast knowledge of the Lehaq te mish (Lummi) People.
View fullsize

I have been the recipient of the Bill Holm Grant from the Burke Museum, and with my sister I have been studying Coast Salish artifacts in their archives. It is a surreal experience to hold items of your oldest known family members, even see their handwriting on treasured belongings. With all of the information, images, and data I have already catalogued, I hope to make inspired pieces of glass: the Skexe (Coast Salish wooly Dog) Blanket Panels, and The Sxwo’le (Reef Net) projects, to mention a few. It will be my way to document not only my family’s history, but the artwork of the Coast Salish people. Glass is a medium that will survive millennia, and a great way to tell a story, generations from now. It is, metaphorically, a contemporary painting on the cave wall.

I see this Future Artifacts exhibition as a great way to showcase the vibrant works Coast Salish Artists working today. Weavers like many of the artists that are in this show are not only where I get a huge amount of inspiration, but they are also teachers and stewards of our culture.

The preparation for this show at MoNA has already given me great satisfaction, not just the physical act of producing these works, but the connections I have made within the beautiful and resilient Coast Salish community. 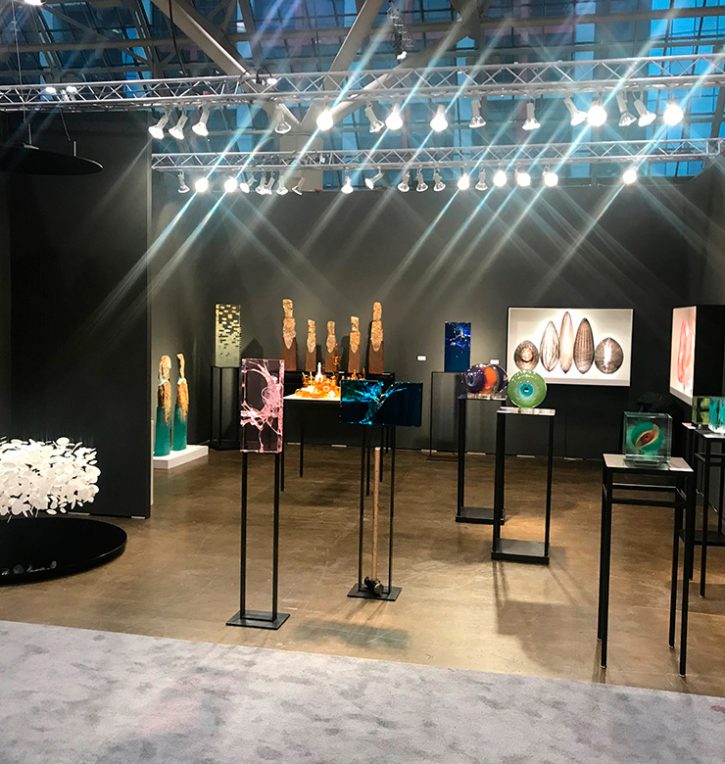 Sandra Ainsley Gallery is pleased to announce our participation in Art Toronto 2021... 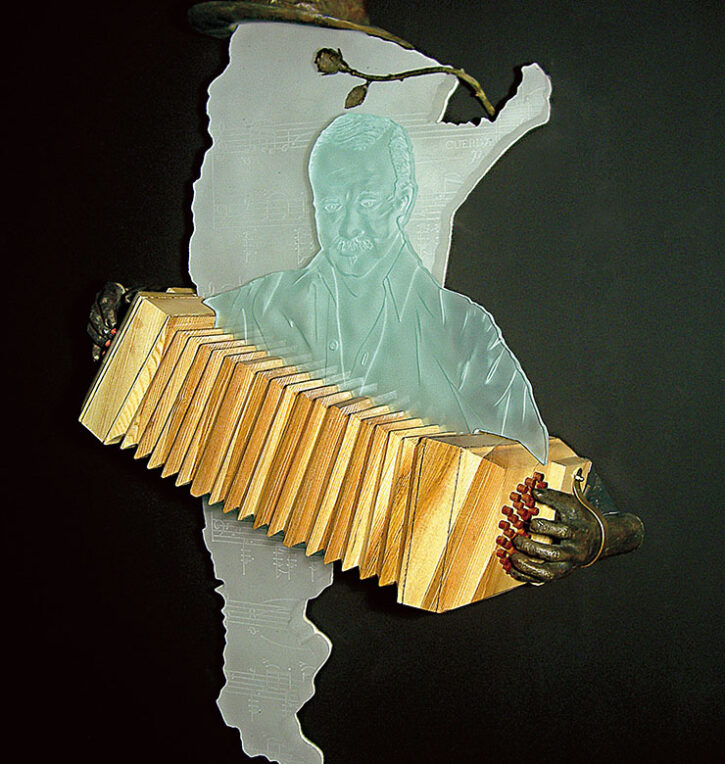 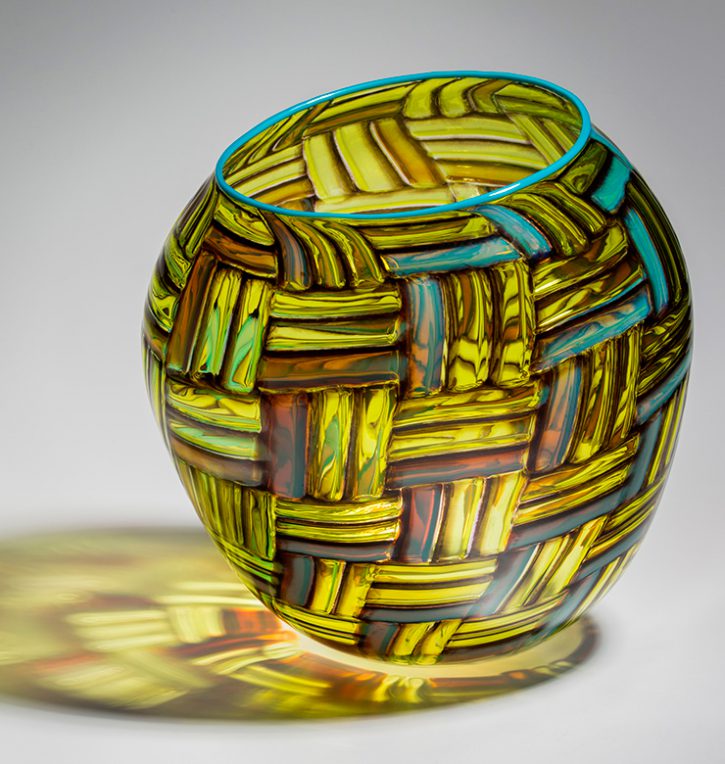 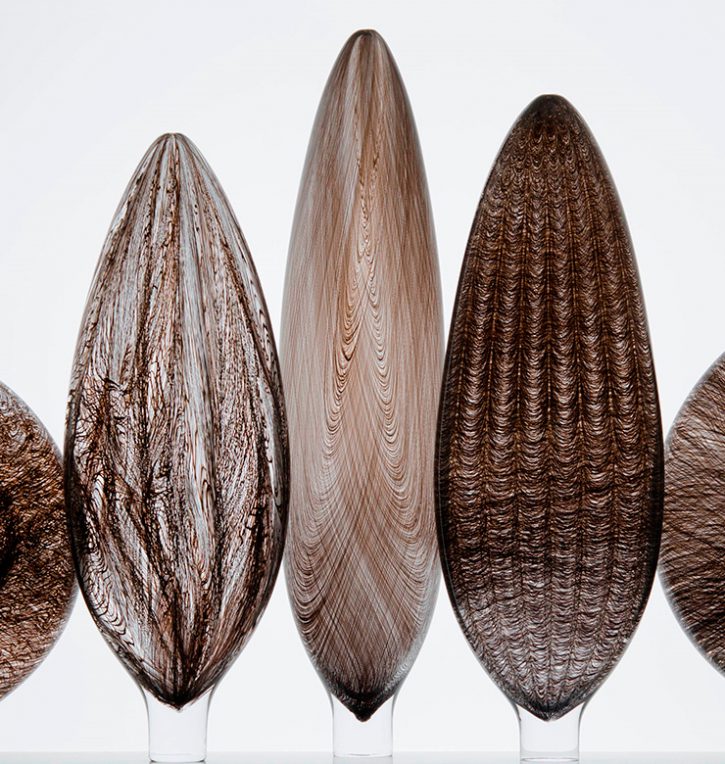 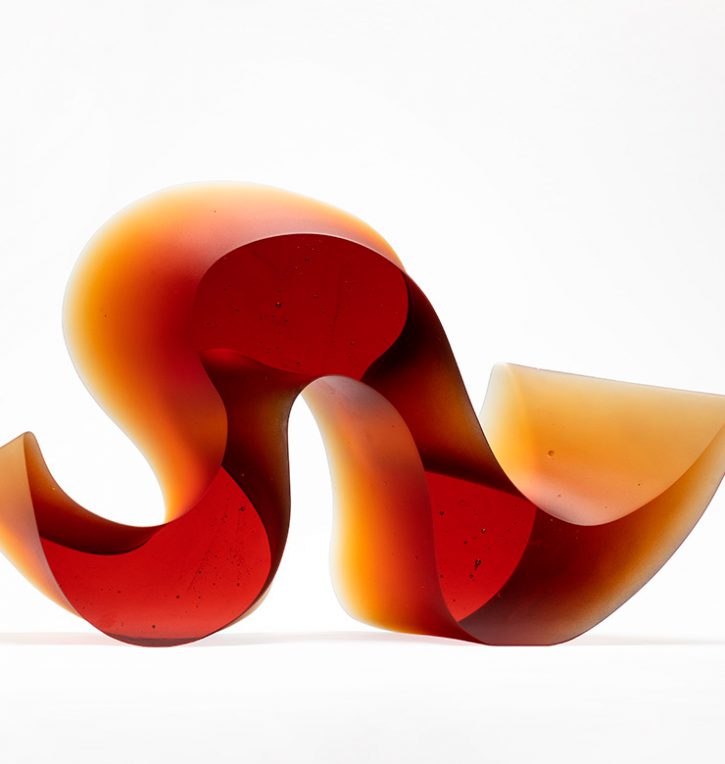