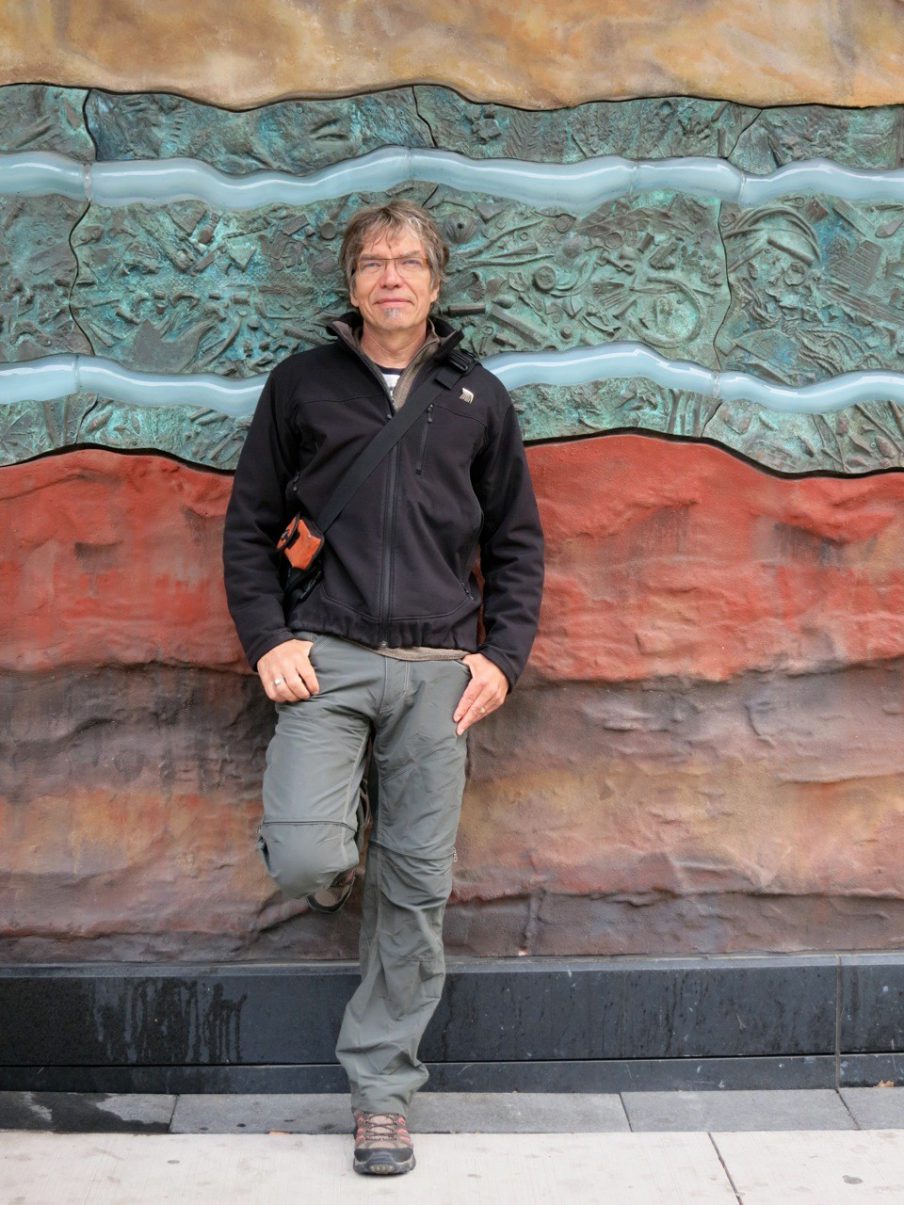 Since 1970, Peter Powning has lived and worked as an artist in the hills of southern New Brunswick. His life is characterized by intense periods of work preparing for exhibitions and commissions, punctuated by periodic travel. While Powning’s award-winning work is shown internationally, it is imbued with qualities distilled from a life lived close to the silence, space and seasonal rhythms of his home, the fields, forests and shorelines of Canada’s east coast.

He is involved in developing broader cultural involvement and awareness through his work and in his community life. He is an advisor to the NB College of Craft and Design, past vice president of ArtsLink. a non-profit arts advocacy organization, co-president of the Sussex Choral Society and a member of the a cappella chorus Polyphon. He is regularly asked to speak to students, arts organizations and conferences across the country.

He works in a wide range of media, usually in combinations, including glass, cast bronze, stone, ceramics and steel. In addition he produces large photographic prints of ephemeral work. He is the 2006 Sadye Bronfman Award recipient, which in 2007 became the Governor General’s Bronfman Award. In 2014 he was awarded an honourary doctorate degree by the University of New Brunswick. In addition to gallery and museum exhibitions he is engaged in producing large public commissions. He has installed 14 large public commissions across Canada in the last ten years.

His studios include a non-ferrous metals foundry, forge, glass slumping and casting facilities, woodworking and metal fabrication shops, photography studio and ceramic studio. He has many years of experience working on both public and private commissions. His approach to commissions is creative, collaborative and focused.