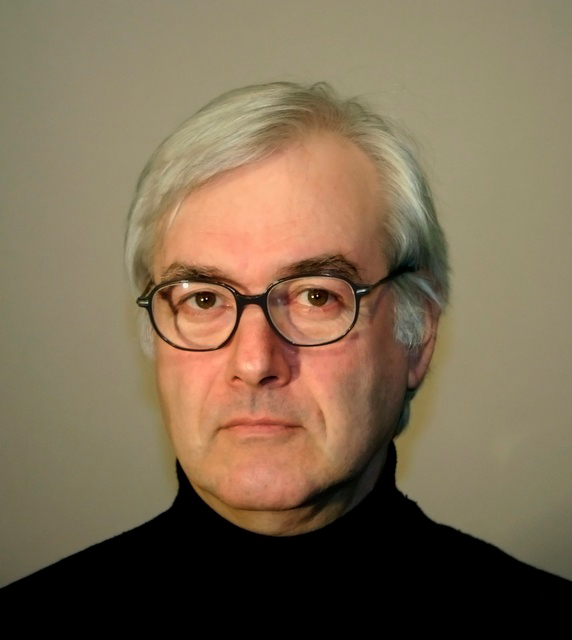 Tomáš Hlavička was born in Prague in 1950 and earned a degree in architecture. The beginning of a career shift occurred in 1976 when he began working with his father-in-law, Pavel Hlava (a founder of the Czech School of Glass). This experience exposed Tomáś to many areas of glass technology including cutting and polishing. Architecture remained his main focus until 1990 when he began working closer with Pavel Hlava and by 1997 was creating his own body of work.The first exhibition of Tomas Hlavicka’s work was held at Habatat Galleries in Florida during the same year. He has pioneered the exploration of fusing sheets of silver and gold foils between layer of glass. The resulting sculptures create mesmerizing visual effects of space and movement as colors intertwine, light shifts or ones point of view changes. Hlavicka has work in important collections in the United States, Europe and Asia.

“My fascination with glass encompasses my thoughts and process from the logical to the basic impulse. Creating a glass object usually incorporates a complicated and long process and often involves heavy technology. Every time I think of a new exciting idea I’m afraid of how I am going to go about reaching that realization. I do not like to talk about my creative flight, my deep ideas and my long stories of the development process. I draw and create drafts describing the steps toward the completion of my work. I find inspiration everywhere. I feel that the world is largely visual. Shapes and colors unite with my feelings and inspirations and take form as my work.” – Tomáš Hlavička