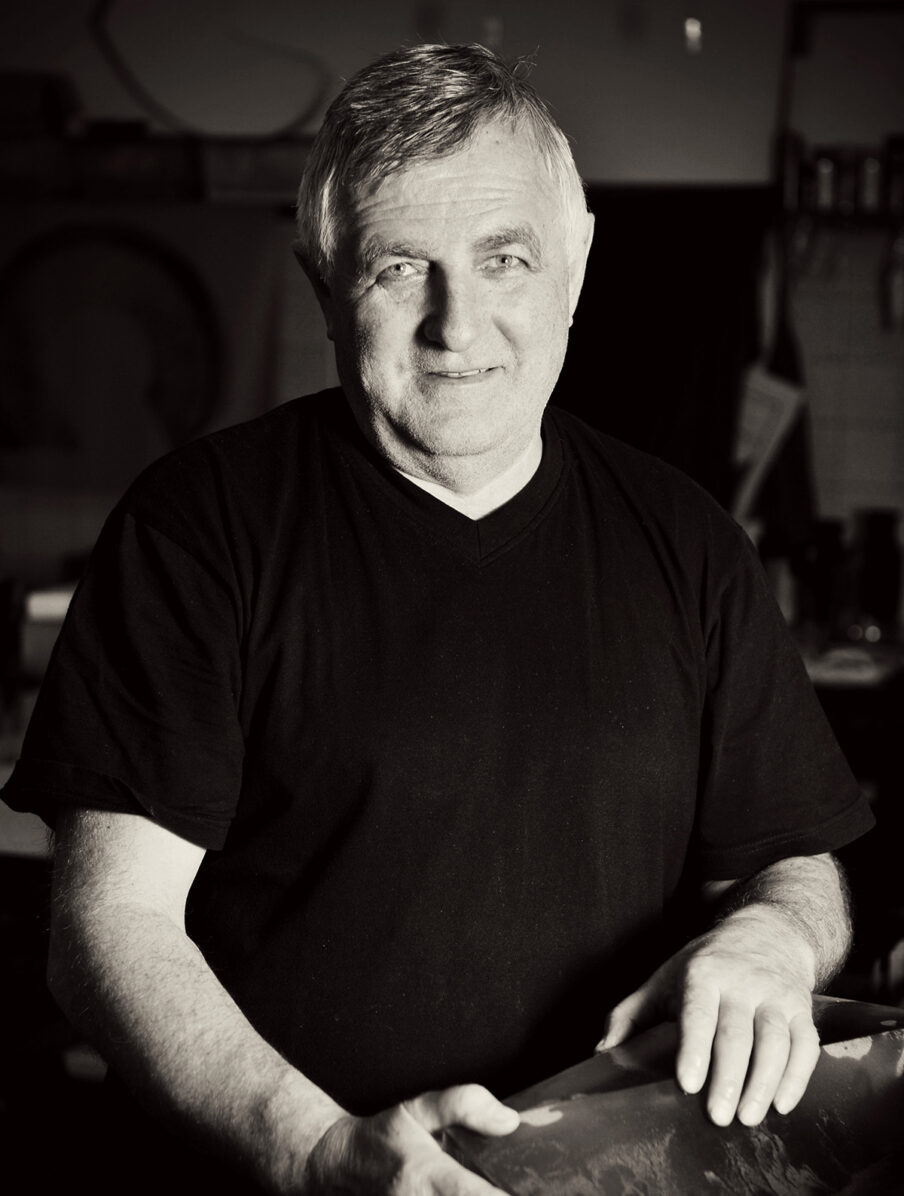 Contemporary Czech glass has had a strong influence on the studio art glass movement worldwide. Pioneers such as Stanislav Libensky, who came into prominence in the late 1940s, trained the next generation of artists in cast glass for small and large-scale sculpture. Petr Hora began his studies in 1965 at the Applied College of Glass-making in Zelezny Brod, where Libensky acted as Director. In 1971, after his studies at the Glass-making School near Trebon, Hora began working at the Beranek glass factory in Skrdlovice. Hora advanced with the company, and in 1987 he became the Director. Because of the political changes in Czechoslovakia in 1992, all the factories that had been taken over by the government were returned to the original owners. This event was the catalyst for Hora’s establishment of his own studio.

Hora’s solo career can be divided into distinct periods. The first period was characterized by monochromatic objects that were based on elemental shapes such as the cone, pyramid, arch and wedge. In the next phase he combined segments of contrasting colors and joined different geometric shapes to create a sort of imaginary architecture. Primary geometric shapes and architectonic forms continued to captivate Hora in the mid 1990s.

Hora’s current work, despite its relatively small-scale dimensions, is remarkably monumental in nature. The simplicity of the cast forms creates a powerful presence. He cuts into the surface deeply using a diamond disc saw, creating a subtle interaction of light on the form. For instance, in his piece, “Ariel”, a few horizontal flutes combined with an elegant arch and asymmetrical sides, create the structure for the release of remarkable blue light.
The overall refined quality of his sculpture is often enhanced by the juxtaposition of matte and polished surfaces. But always present, is a subtle and mysterious light deep within these free-form monochromatic sculptures, and a design sensibility inspired by modern architecture.