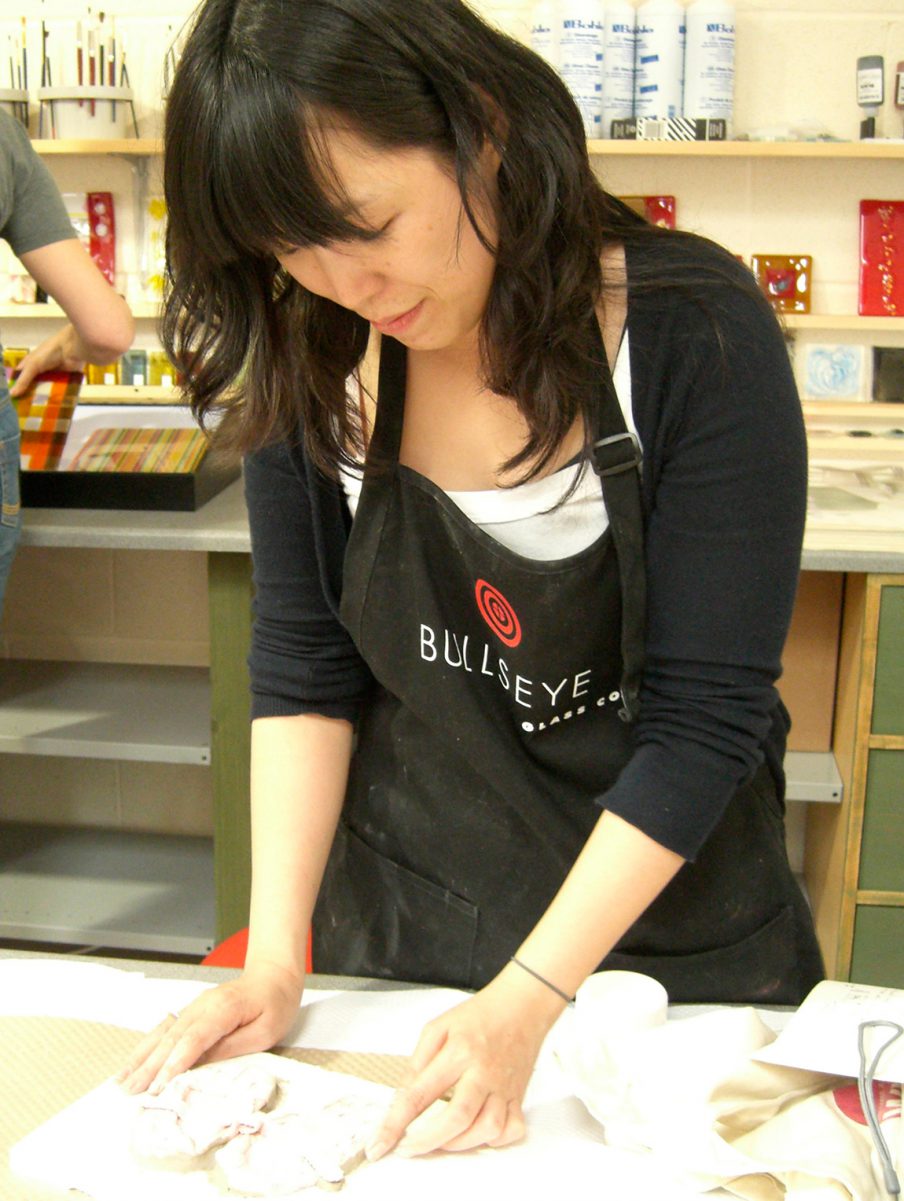 Mikyoung Jung is originally from South Korea, graduating with a Bachelor of Fine Arts (BFA) from Namseoul University (South Korea) in 2005, majoring in glass. In 2005, she left her homeland in order to further her art practice. During her new life journey overseas, she earned her Masters in glass with distinction at the University of Sunderland, U.K. in 2007. She moved to Australia in 2010 to continue her research and started her PhD in Visual Art at Sydney College of the Arts developing a new range of glass artwork. Her thesis art work has won awards and been exhibited internationally. Mikyoung has partially completed her PhD in visual arts at Sydney College of the Arts in 2012 and is currently developing her art practice in Canada. At present, she is residing in the Comox Valley, British Columbia, where she continues to create a range of glass artworks in new surroundings. She primarily works with kiln-formed glass.

She often combines kiln-formed glass with metal and other materials in her work. She likes to use other materials alongside glass to expand artistic horizons. Her works reflect her experiences of living abroad, from different landscapes to alternative cultures, and the way in which these experiences have affected her. Her art practice encompasses many different cultures, both Eastern and Western, and is inspired by the events, landscapes and encounters as seen through eyes of a stranger, and on occasion an outsider. She tries to develop her works with a record of her self-reflections and surroundings in daily life signifying a medium that projects all her curiosities and emotions felt encountering her new worlds.

In her own words,

“I enjoy making artwork by combining kiln-formed glass with metal (red cooper and nickel silver) and other materials. Metal and glass on the surface seem to be incongruous and in opposition, which is similar to our mental construct of eastern and western culture. However, the fusion of these two elements creates new spaces for discourse and allows me to catalogue and articulate my emotions and encountered visual experiences acquired while travelling.

My continuing migration from South Korea to England and Australia and now Canada as well as living and travelling in different countries as a ‘nomad’ has encouraged me to develop ways to communicate and articulate my feelings beyond the traditional conduit of speech while also re-defining the boundary between myself and others from different cultures. I wanted to explore these spaces that I have visited in the past with colours and appearances by using the material’s fundamental beauty and unique characteristics.

In my artwork, I explore the spaces with which we all share and this fusion of distinct elements is a metaphor for my own life-the old world and the new, east and west, citizen versus outsider”