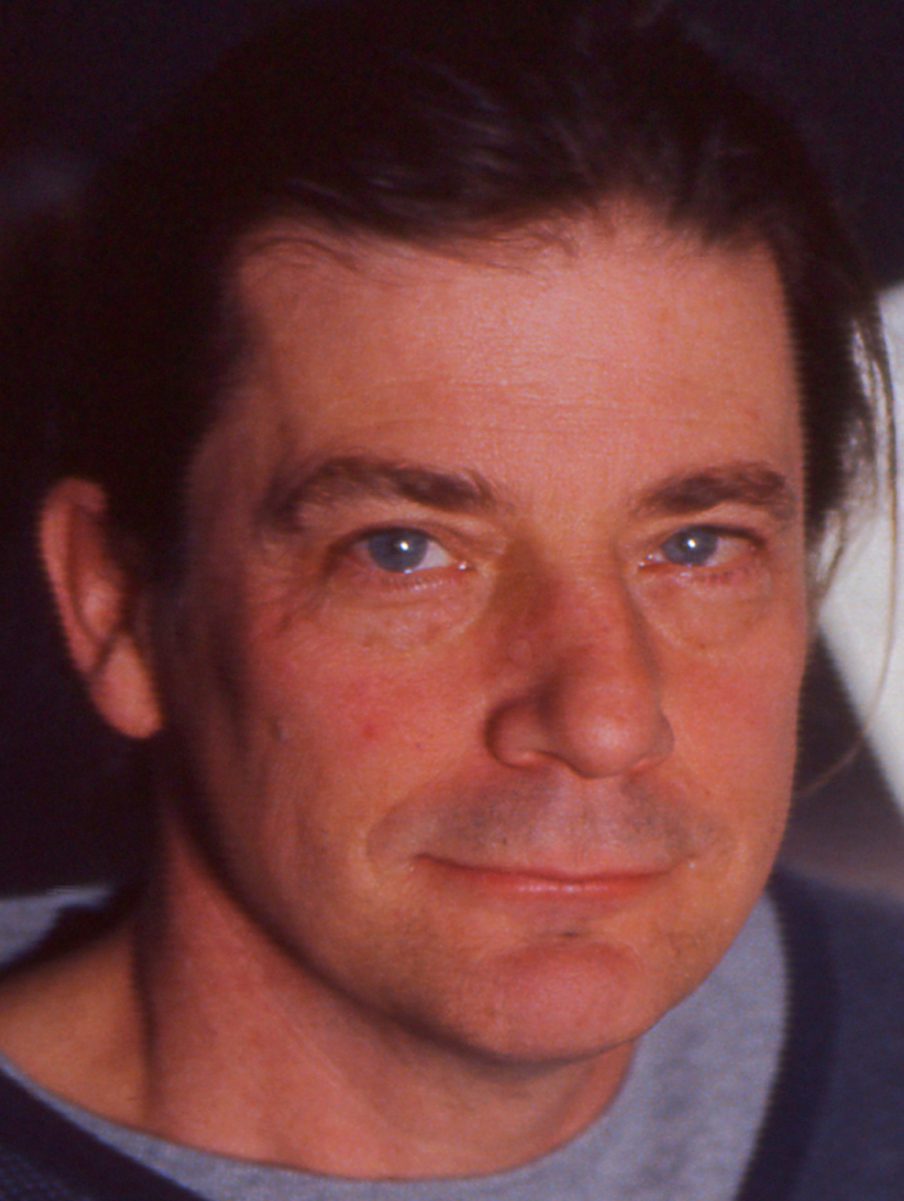 Craftsman/artist Donald Robertson was born in 1952 in Montréal, Québec. In his earliest memories, he always had a studio workshop where he made “discoveries” and built things for himself and his friends. His happiest moments were making toys and fanciful objects or drawing went hand in hand with his youthful research in mechanical, electrical and chemical projects, which often either exploded, stank or flamed brilliantly!!!! This passion for research and discovery as well as making things, has been a lifelong pursuit and is the source of his creativity in glass.

Donald has been working in the art field since 1972 and very intensively in the glass field since 1982. His sculptural glasswork has been exhibited in public and private galleries in Canada and the United States as well as in Europe and Singapore.

After graduating in 1974 with a diploma of Creative Arts, majoring in drawing and sculpture from Dawson College’s Mosaic Program in Montréal, Donald spent ten years working in a variety of artistic fields while developing his personal work. Creating sets and decors for the Centaur Theater and the McGill Operatic Society, being studio assistant to Andrew Dutkewych (1976) for the “Corridart” project in Montréal, as mold making technician at Dawson College and doing custom design and fabrication of metal architectural elements, his experiences were broad and diversified and reflected his many interests. But it was during a study trip to San Miguel de Allende, Mexico in 1984 where he was studying modeling and bronze casting with Lothar Kestenbaum at the Belles Artes school and lithography at the Instituto Allende, that Donald was first exposed to the potential of glass as an art form. Having begun to experiment with glass two years previously, he had created a mold for the local glass factory artisans to blow into. The results, so unexpected, confirmed his belief that glass could be a material of exceptional expression.

Returning to Canada, he studied at Sheridan College in the glass department, and graduated in 1986. During his studies there, he was a student technician and then a teaching assistant and graduated with the Indusmin’s Award for outstanding academic achievement. He also received a scholarship to attend the Pilchuck glass school to study glass sculpture with Bert Van Loo (Netherlands). His work at Sheridan explored and researched the historically rich and very technically challenging techniques of lost wax glass casting and “pate de verre” and this has been at the technical core of his work and research up to today. With an ever increasing passion to learn and understand glass, he continues to extensively research and study at home and abroad with many of the international casting masters from France, the Czech Republic, England and Japan and has devoted his personal creative glasswork to the mastery of these techniques. Linked with his unique vision of the principles alchemy and transformation which themselves draw from his lifelong love of research, his ideas in his glass explore the links between the material and the spiritual world through metaphor.

Upon his return to Québec in 1988 to establish his personal studio in the Laurentians he became involved in the early beginnings of the newly established glass school in Montréal, Le Centre des Métiers du Verre, Espace Verre. There, where for the past 16 years he has taught and has been technical head of the warm and cold glass facilities, he helped with much of the equipment design and construction and has developed an innovative curriculum for the casting and cold working studios from which many students, professionals and artists in other fields have benefited.

His continued fascination and inquiring mind which touches on a range of subjects, express his need to understand how things are made, how they work, who discovered them, and what were the thoughts behind them. This continues to inspire Donald’s work in an enduring cycle of discovery, exploration, mastery and realization. As well, his dedication to the knowledge and learning of his students has also become, over these many years, a major part of his overall vision and is one of the cornerstones of the continuing development of studio glass in Québec. Achieving the balance between these two very important realities is personally very challenging. These undertakings coupled with his searching and sharing nature, in both his teaching and his creative work, will always remain at the heart of who he is both as an individual and as a creator.