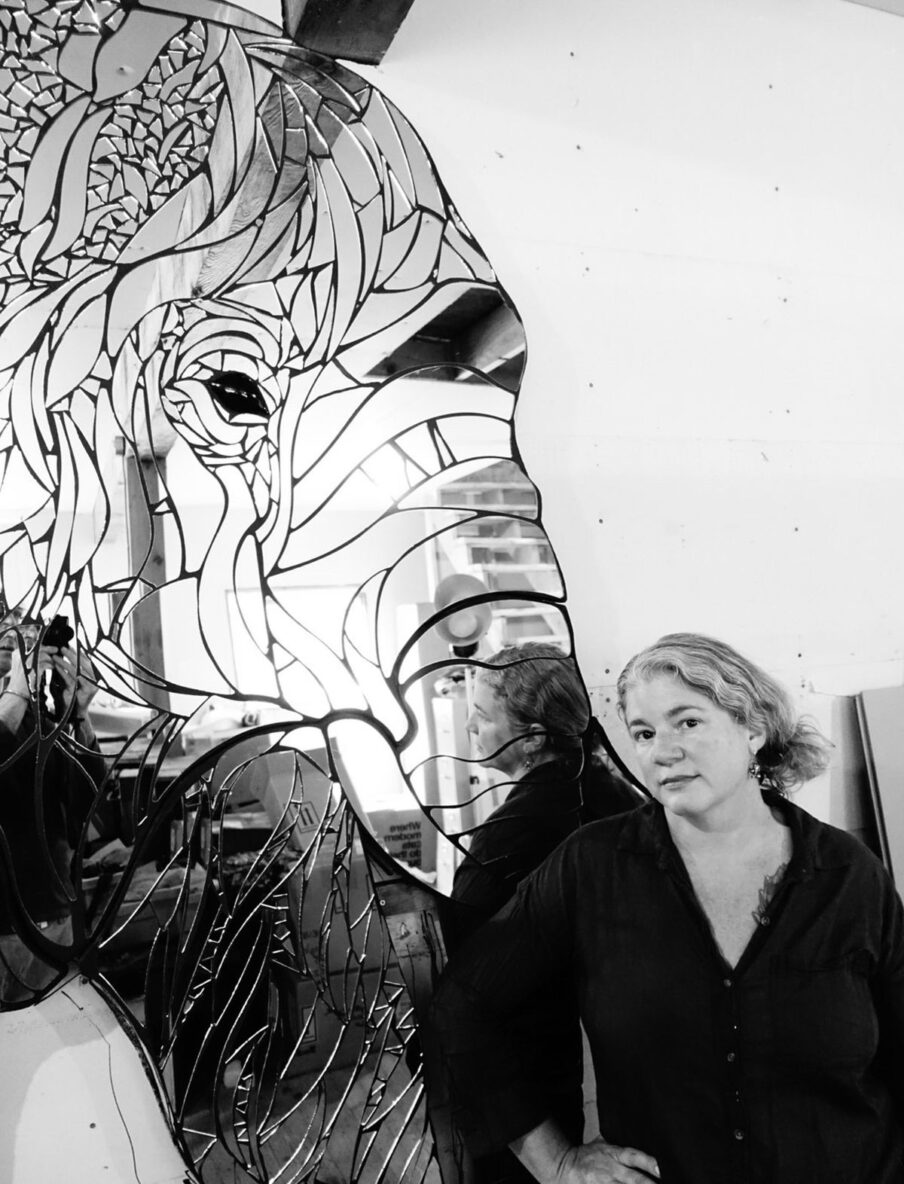 When she was a year old, in 1974, Kelly O’Dell’s family moved from Seattle to the Big Island of Hawai’i.  Growing up in one of the most culturally and biologically diverse regions in the world,  her upbringing was in a volcanic paradise struggling with a legacy of colonialism. Her childhood steeped in an endless summer, she swam with glass-bottom boats and dove for coins tossed by their tourists. Kelly’s artistic parents had an art studio in Kealakekua-Kona, and made their living using stained glass, blown glass, and pressed flowers.  With interests in Oceanography, Astronomy and Mathematics,  Kelly chose Glass as her primary focus at the University of Hawai’i at Manoa. The program offered her many opportunities to study and work at Pilchuck Glass School in Stanwood, WA, and she eventually relocated there as a member of the William Morris Winter Crew.  Influenced by this talented team of artists and by her island upbringing, O’Dell’s work mainly examines species extinction and conservation, and human impact on the natural world. She has recently returned to island life, residing on Lopez Island, WA with her husband Raven Skyriver and their 12 year-old son Wren.