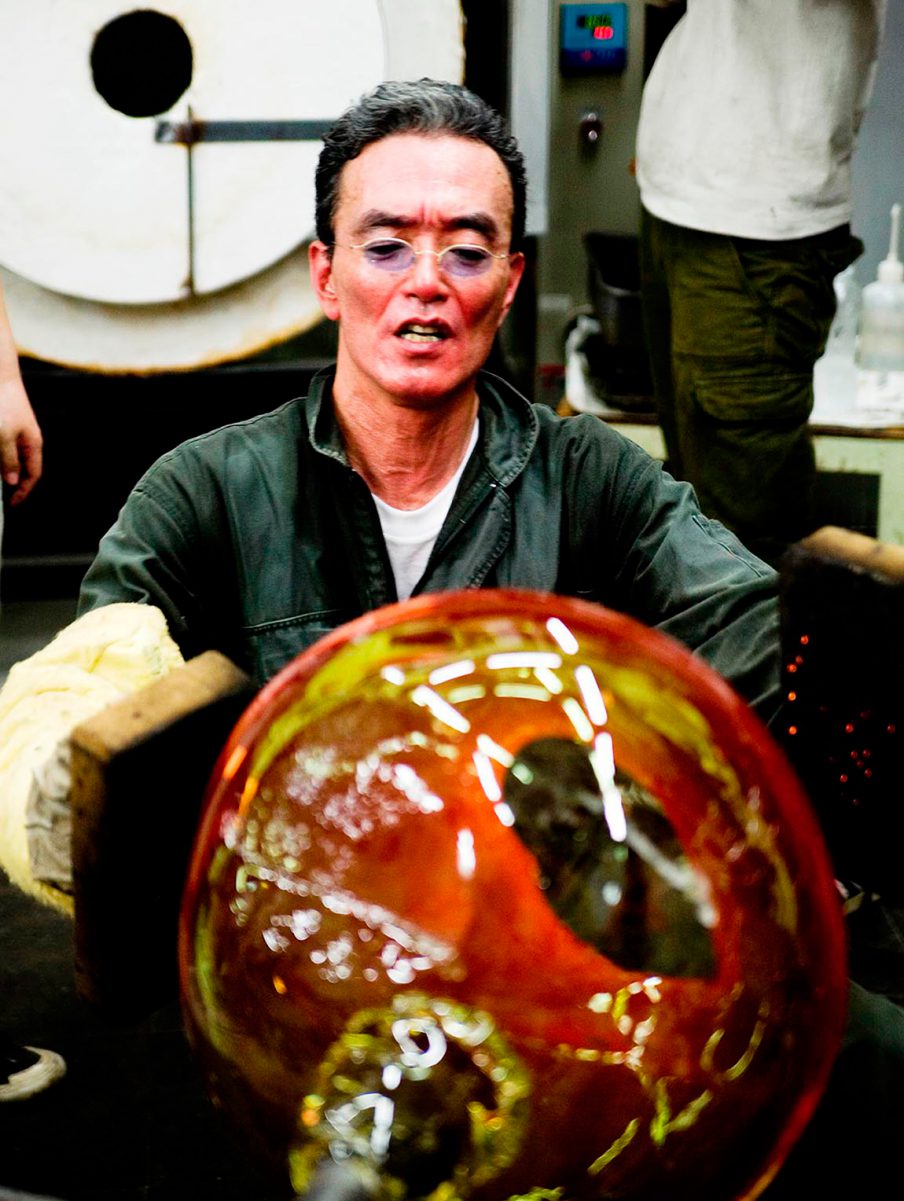 Hiroshi Yamano was born in 1956 on the Japanese island of Kyushu and studied history at Chuo University, Tokyo, before taking a year off to travel.He visited Scandinavia to investigate contemporary art glass and then went to California, where he discovered the California College of Arts and Crafts, Oakland, CA.Yamano then returned to Japan to finish his degree and save money to attend the CCAC, and two years later enrolled, studying for three terms before returning to Japan to attend the Tokyo Glass Art Institute.

After two years there, Yamano returned again to the States, this time to enter the graduate program at Rochester Institute of Technology, NY where he began his series entitled From East to West.There he developed the technique for which he is best known: rolling thickly blown hot glass over silver leaf to fuse it, scratching figures into the surface and then plating the surface with copper.The idea for this technique came from studying Japanese metalwork, which is used for making traditional objects such as sword guards and copper containers.According to the artist, the fish in his From East to West series are self-portraits with the mountains representing the United States and the water symbolizing Japan with its rivers, lakes and oceans.

In 1991 Yamano was awarded the Rakow Commission, and annual award presented to a leading glass artist.The resulting piece was presented to the Corning Museum of Glass, Corning, NY.After receiving an MFA from RIT, Yamano completed a five-month fellowship with the Creative Glass Center of America, Millville, NJ.He is once again living in Japan.