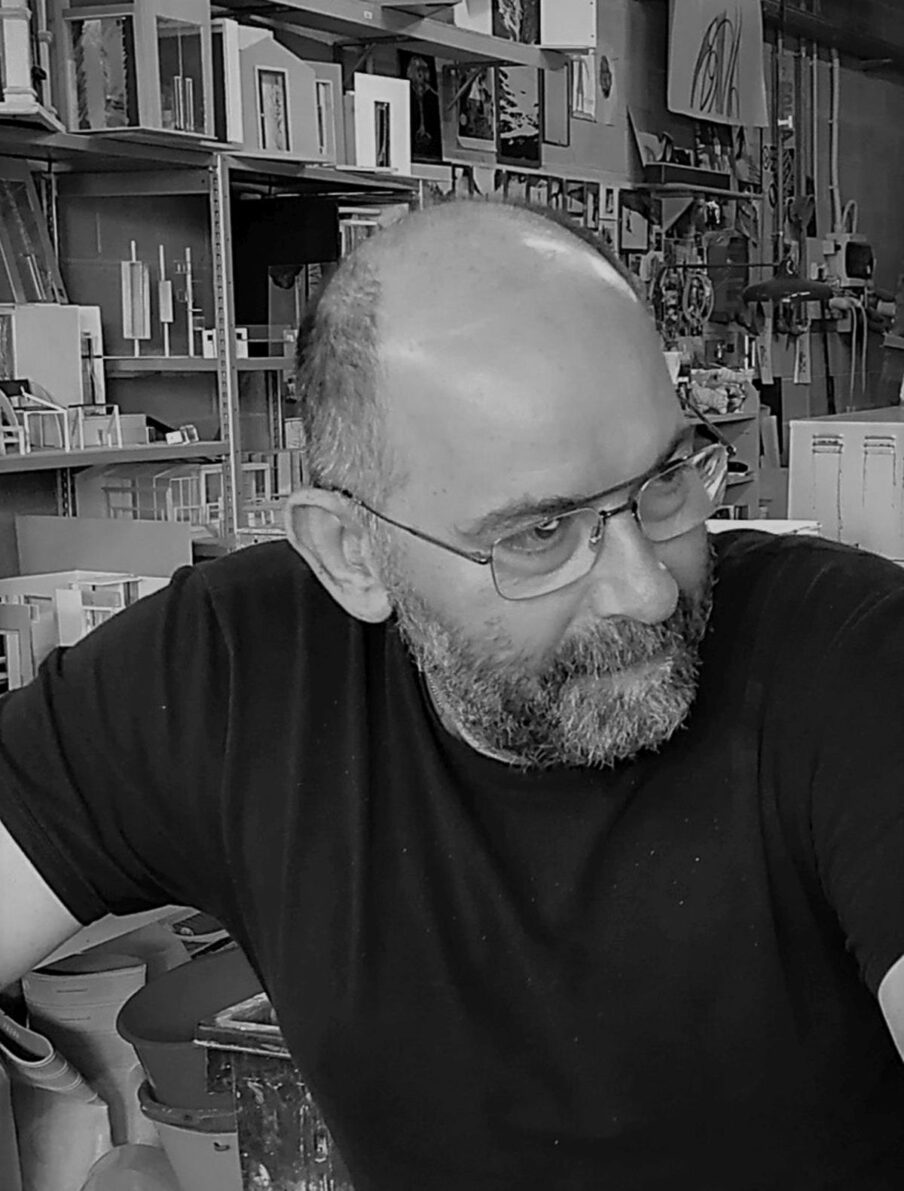 It’s the glass itself that speaks; that expresses itself. All I do is extract its essence, give shape to its language and highlight its meaning. In between the folds and highlights of glass, I discover messages that I try to sort out; to unleash.

I have been doing it for 30 years, since I opened my studio in 1987 in the heart of Northern Italy. Ever since I have never stopped telling my story through the expressive fragility of matter, today becoming—so many have said—a connoisseur. Summing up my career in a catalogue was complicated. Paper is immobile; instead my path was constantly in evolution.

There are many ways to interpret art with glass, many techniques that over the years have led me to experiment its thicknesses, from the largest to the finest, powder and wires, but also its suspension, colours, pairings with metal, wood, stone, and sometimes even light. Not to mention the fascinating effects of fusion and mixing. That’s how every time something new was, and is, born, in an unstoppable stream of consciousness in search of what is really at the core of things and the relationship between the internal and the external.

Along my path, meeting with spirituality came naturally. In fact, my works often adopt the themes of the crossing, the hereafter, life, and the world, within which the aesthetic develops stimulating the mind with a more vibrant, evocative, and symbolic language. There the space taken from perception is greater, precisely to be integrated by the work of the imagination, called to integrate and mould the meaning in an entirely subjective way.

I have taken many roads during my career: Almost Melancholy is exhibited at the “Pope Paul VI Art and Spirituality” Museum, Signs of Time at the MusVerre in Sars-Poteries, in France, while Vortex is at the Glasmuseum Ernsting Stiftung Alter Hof Herding in Coesfeld, Germany. Later other works became part of international collections in Belgium, France, Germany, Luxembourg, The Netherlands, Poland, and the Czech Republic. The culture of glass has its roots in the history of the European people, it permeates the artistic identity, but evidence is found in other places as well, both near and far, that I am trying to explore with my art.  – Giuliano