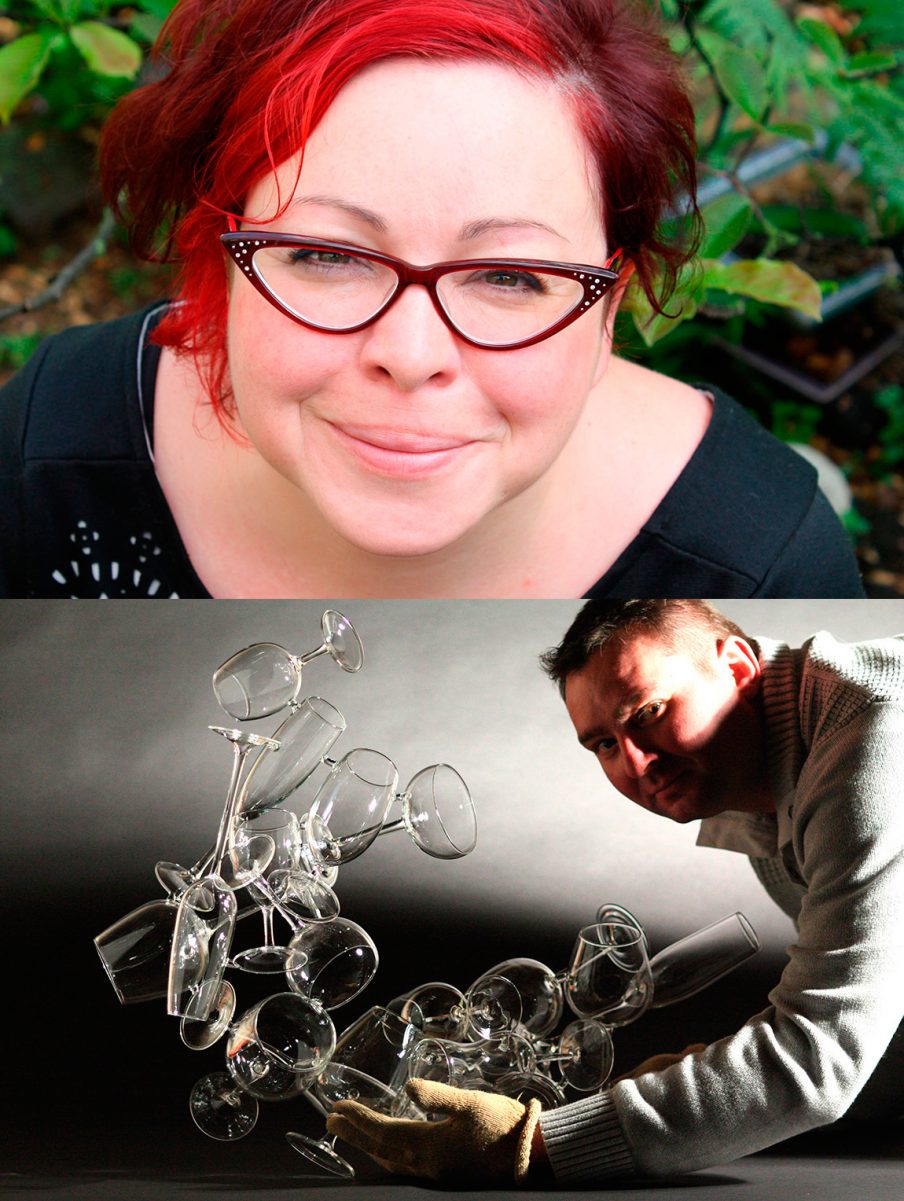 Karina Guévin fell in love with glass while studying at UQTR (Québec University in Trois-Rivières), where she started making mixed-media sculptures, including glass.

This led her to Montréal’s Glass School Espace Verre, where she perfected her glass blowing skills during 3 years. Her approach to glass is very innovative. She always tries to push the envelope when it came to developing her idea. The form and the color come from the bottom of her soul and reflect her crazy bubbly personality.

Karina has been working with Laura Donefer for the past 7 years now as a teaching assistant at Pilchuck, Ezra Studio in Japan and at the Studio in Corning. She currently work as a flamework teacher at Espace Verre in Montreal, At The Studio of the Corning Museum of Glass as well as at th Pratt school in Seattle.

In 2010 she receive the prestigious Francois-Houdé Award . She has received grant from the Canadian and Québec Consul for the Art. Many granst from ‘’La SODEC and the Gilles Verville grant in visual art.

Her work is now showed in Canada as well as in the United States, France and the United Kingdom, where she exhibits glass sculptures and jewelry.

After studying biochemistry, Cédric Ginart took a course in scientific glassblowing at the lycée Dorian (Paris, France), from which he graduated in 1995 and moved to Quebec a year later.

Since then, he has regularly attended advanced classes offered by renowned artists such as Shane Fero, Césare Toffolo, William Gudenrath, Paul Stankard, Eddie Bernard, Loren Stump, Laura Donefer, Tyler Rock and many more.
Over the years, he has worked with scientists, artists, industrialists, designers and architects on experimental projects, on creating unique artwork and prototypes as well as limited-run series and art installations.

Frequently on exhibit, his artwork is part of private collections and many museum collections. He periodically showcases flame working techniques in festivals and events in Canada and the United States.  Cédric currently Works at Montreal University as a scientific glassblower, teaches torch glassblowing at Espace Verre (QC) and at the Corning Museum of Glass Studio (NY) while pursuing a widely-recognized artistic career in Canada and the United States.